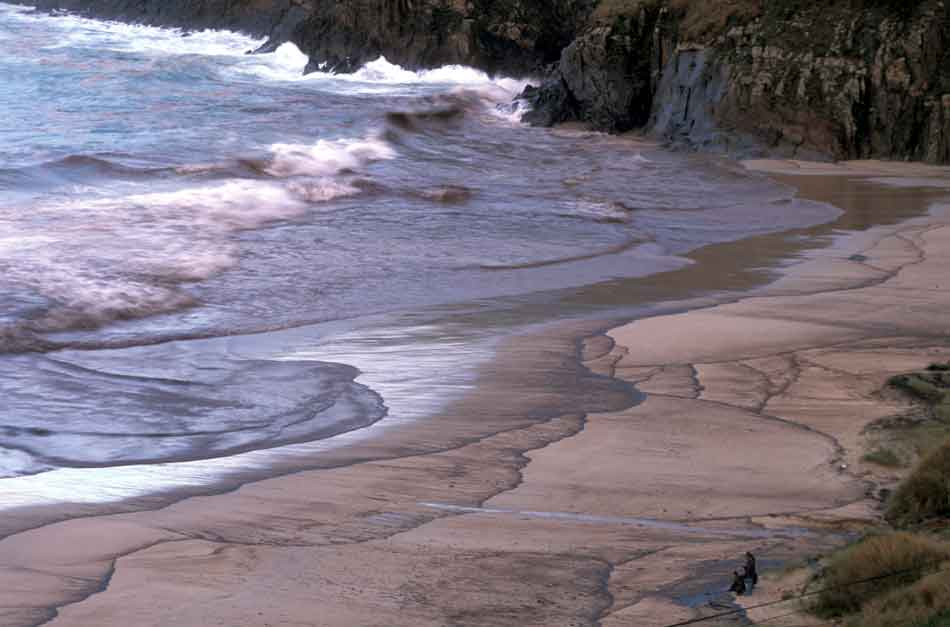 Thanks to the technology applied to the unique range of products manufactured by Markleen as an effective response to oil spills, along with the application of suitable training and techniques, we have been able to contribute towards preventing and containing many of the oil spills which continue to be a scourge of our oceans and coastlines on a daily basis.

Due to the fact that oil played a fundamental role in shaping the 20th century, this is the century that has seen most major oil disasters. Since the 1960s, there have been more than 130 oil-spill related disasters on our planet.

Over the course of the last 60 years, shipping accidents have caused millions of tons of oil to spill into our planet’s seas and oceans. However, the worst catastrophes have not happened because of ships, but due to oil rigs or deliberate action, such as was the case in the Gulf War.

At Markleen we would like to make clear that the best way to combat this threat is by developing an oil spill prevention plan. Thanks to the technology applied to the unique range of products manufactured by Markleen as an effective response to oil spills, along with the application of suitable training and techniques, we have been able to contribute towards preventing and containing many of the oil spills which continue to be a scourge of our oceans and coastlines on a daily basis.

We are professional equipment manufacturers and pioneers, covering all oil spill containment and recovery techniques used in IMO Tier 1, 2 and 3 scenarios. We specialise in working to eliminate future threats to biodiversity and the environment.

We summarise below those oil spills which have had devastating consequences, many of which could have been avoided or considerably reduced, if the companies involved had had suitable equipment.

The recent history of oil spill disasters begins with the Sinclair Petrolore in 1960. This vessel spilled around 60,000 tonnes of crude oil onto the Brazilian coastline, causing one of the first major disasters which our planet would have to face, with the death of thousands of marine species.

The 1960s also saw another major catastrophe, this time on the coast of Brittany, France. The Torrey Canyon crashed into rocks ripping open its tanks and spilling its load of 120,000 tonnes of crude oil into the sea. It was one of the largest oil tankers of its time, and after grounding and eventually sinking, caused an oil slick spread over 700 km2.

Spain has been on the receiving end of a number of oil spill disasters, with its Galicia region worst affected. Although the Prestige is one of the vessels which instantly spring to mind, in the 20th century thousands of tons of oil were spilled on the Coruña coastline from the Urquiola. Over 100,000 tonnes ended up in the sea when the ship grounded and then caught fire.

In the same year, not far from Spain, another vessel caused a major oil spill disaster. This time it was the Olympic Bravery, which carrying 800 tonnes of fuel oil, split in two and sunk off the French coast.

Out of the many oil spill disasters which have happened over the years, in 12 cases the amount of oil spilled has been over 100,000 tonnes. One such case is the Amoco Cadiz, a Spanish vessel which grounded off France’s Brittany coast. More than 130,000 tonnes of oil were spilled into the ocean, contaminating an area of around 360 km2.

A year later, there was another major oil spill disaster, this time in the Caribbean. The vessels involved were the Atlantic Empress and the Aegean Captain, which collided during a tropical storm, spilling 287,000 tonnes of crude oil into the sea. To date, this is the largest ship-based oil spill on record.

1983 saw another ecological disaster as a result of an oil spill at sea. The vessel involved was the Castillo de Bellver, which also caused one of the largest oil spills on record. This Spanish ship sunk off the Cape of Good Hope, releasing 252,000 tonnes of light crude into South African waters.

The Exxon Valdez was a U.S. owned vessel which spilled over 37,000 tonnes of oil into the sea off Alaska in 1989. The ship ran aground on a reef, causing an oil spill covering 250 km2. This spill is considered to be the largest ship-based ecological disaster in the U.S. to date.

The ABT Summer disaster is one of the shipwrecks involving the largest amount of oil on board, in this case 260,000 tonnes. It is also one of the worst marine oil spill tragedies in history.

Also in 1991, another disaster occurred, this time caused by the Haven spilling much of its 144,000 cargo of heavy crude into the sea off the Italian coast. The ship exploded and later sank, causing an oil slick which affected the Mediterranean coastline for the following 12 years.

Despite the Prestige being the best known disaster affecting Spain, the Aegean Sea spill was also a catastrophe for the Galicia coastline. The vessel grounded off the coast of Coruña with nearly 80,000 tonnes of crude oil on board.

The Sea Empress ran aground on the southwest coast of Wales. The consequences were devastating, with the vessel spilling 72,000 tonnes of oil into U.K. waters.

One of the best known disasters in recent memory is that of the Prestige. In 2002 this ship was heading for Gibraltar with 77,000 tonnes of heavy fuel oil on board. It sank 130 nautical miles off the coast of Galicia, and the oil spilled from the vessel caused Spain’s worst ever marine ecological disaster.

Markleen participated actively in the clean-up operation following this spill, supplying 90% of equipment used and employing around 140 people for a 2-year period at the affected sites.

There have been other major oil spill disasters since the Prestige, and two of the better known disasters occurred off the coasts of China and South Korea, namely those involving the Sanchi and the Hebei Spirit respectively. The latter occurred in 2007, when, due to a collision, the tanker’s hull was breached and around 11,000 tonnes of oil were spilled. The spill happened in South Korean waters and polluted the country’s only wetland designated a national treasure. This accident is now considered the country’s worst ever oil spill disaster.

This accident involving the tanker Sanchi is classified among the worst in the last 30 years. This Iranian-owned vessel carrying 136,000 tonnes of oil, collided with a Chinese cargo ship off the Chinese coast near Shanghai, sinking several days later.

Oil spills from rigs and wells

The disasters detailed above due to vessels colliding or running aground were not as far reaching as the spill which happened during the Gulf War in 1991. Around 500,000 tonnes of oil were dumped into the Persian Gulf, covering a maximum area of 11,000 km2. This case, classified as enviromental terrorism, is one of the largest oil spills on record, the consequences of which are still being debated.

In 1979, the same year the Caribbean suffered the Atlantic Empress disaster, another major disaster occurred, this time at the Ixtoc I drilling rig, 965 km south of Texas, where an accident caused a spill of over half a million tons of oil into Mexican waters.

Another major disaster affecting our planet happened in 2010. The Deepwater Horizon oil rig suffered an explosion which caused 779,000 tonnes of crude oil to be spilled into the sea, affecting the coastlines of Cuba, Florida, Louisiana and Mississippi.

Today it is cumpulsory for oil shipping companies, drilling rigs and ports to be equipped with oil containment, clean-up and storage products in order to be prepared for accidental spills.

If you belong to the oil shipping sector, or work with oil rigs, the marine sector, industry or even in aquaculture, we have a solution for each scenario. Contact Markleen, we will supply technical advice for your staff in the use of professional oil spill response equipment, and we can even take part in drills and exercises as often as you need.

We can also provide maintenance of oil spill containment and clean-up equipment, as well as supply spare parts. We have the solution you need, can we help you?