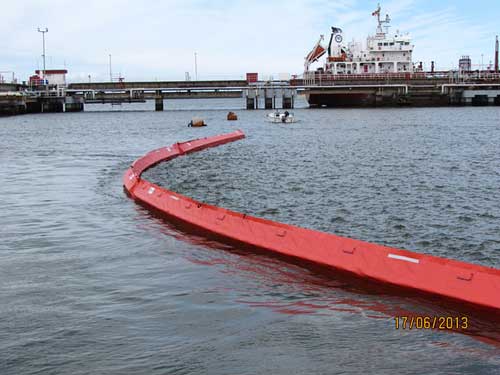 Oil recovery and clean-up techniques. What to do when faced with a spill

Oil spilled in the ocean, creating what is known as oil slicks, is highly hazardous because the emulsion caused by wave action is very resistant.

There are many questions arising from oil spills at sea. How do you clean up an oil spill? How long will an ecosystem affected by an oil spill take to recover? Why are oil spills so hazardous? How much oil is spilled at sea?

The fact is, oil spilled in the ocean, creating what is known as oil slicks, is highly hazardous because the emulsion caused by wave action is very resistant. If not dealt with swiftly, it can soon reach coastlines and beaches, thereby multiplying the effects of the catastrophe.

The time an ecosystem takes to recover from an oil spill depends on its size.  The effects of a small spill can take 15 years to completely disappear, while for a larger spill this may take a lot longer. The damage an oil spill can cause is often the collapse and immediate death of a wide range of marine species, as well as water pollution which can last for years on end, preventing reproduction and the recovery of the ecosystem.

How do you clean up an oil spill in the sea?

Faced with such a catastrophe, swift action is required.  For this reason, most oil companies, port authorities, marinas, industries and other companies operating in ports and along the coast prefer to take preventive action, rather than wait for the accident to happen.

Faced with such a catastrophe, swift action is required. For this reason, most oil companies, port authorities, marinas, industries and other companies operating in ports and along the coast prefer to take preventive action, rather than wait for the accident to happen. There are a myriad of solutions depending on the location, the type and the size of the spill.

Any response to a spill will always include some, if not all, of the following phases:

What techniques are used to clean up an oil spill at sea, in industry or in other areas?

While the largest, headline making oil spills tend to happen at sea, industry and other sectors also experience spills, either accidentally or continuously.

The procedure for recovering oil spills offshore is usually via the containment, mechanical recovery and transport to port of the oil.

The equipment used can be summarised as follows:

Coastal oil spill clean-up involves a number of different operations as two different natural environments are affected by the oil slick:  the sea itself and the coastline, often including beaches.

Oil spill recovery and clean-up techniques can include some or all of the following professional equipment:

Oil spill preparedness is vital both in small marinas and in large ports with a high traffic density of large vessels.

Faced with the inevitable spills occurring in ports and harbours, whether it be crude oil or light fuel, the equipment used will depend on volume and can be summarised as follows:

Oil spills of course do not occur only at sea, and rivers and lakes can also be affected by this type of catastrophe, albeit usually to a lesser extent.

Oil spill recovery and clean-up equipment used in fresh water can be summarised as follows:

In industry many small scale oil spills happen daily both within a company’s premises and sometimes also contaminating the surrounding area.  Oil recovery and clean-up equipment used in industry can include the following:

While these techniques are not related to oil spill recovery at sea, we feel it is relevant to mention them in this article by way of introduction. The disturbing of sea water and the generation of a large amount of sediments during port construction and dredging work calls for measures to be taken to contain material in suspension and prevent it from spreading to sensitive areas nearby.

Although it seems easy from an informative point of view,  Markleen technically help you with supplies of all-inclusive packages for the fight against marine pollution and protected waters specially designed for the type of spill and needs of each client. Do not hesitate to contact our technical team to cover any need.